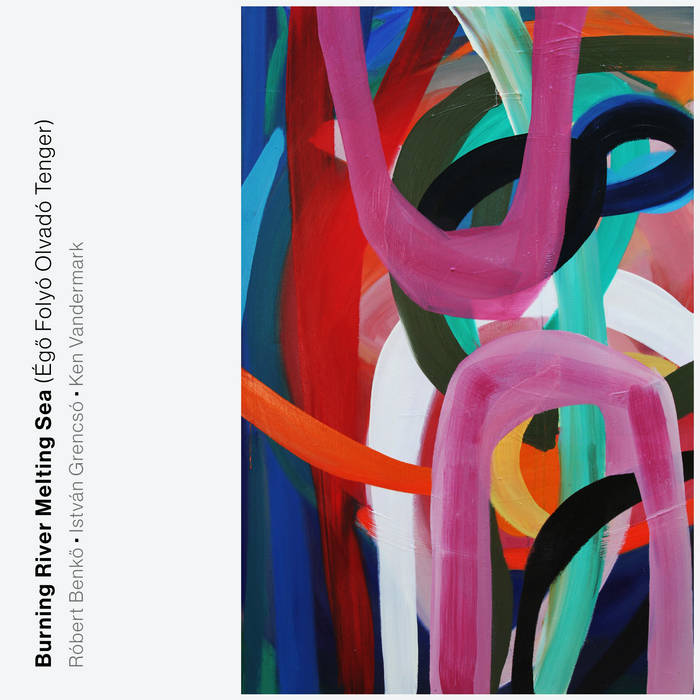 As I write these words in Chicago during May of 2020 and look back on the week of activity in January that led to these recordings with István Grencsó and Róbert Benkő, it’s hard for me to comprehend that the tour scheduled at that time would most likely be the last series of concerts that I play in 2020. Without warning the world changed for everyone between those months, and it’s very hard to predict how things will look in the future, for music and for everything else.

My work with István began exactly two years earlier, when he invited me to collaborate with his ensemble, the Grencsó Collective. We both composed music for the project, performed in Hungary, and recorded the album Do Not Slam The Door for BMC Records. I learned a lot about improvised music in Hungary during that week, particularly the history connected to György Szabados. It was a great starting point, and I knew that there would be more work to do with István in the future. In March of 2019 my group Marker did a night of collaborative performances with musicians in Budapest, and István was an important part of that evening.

Then an invitation came from Mario Steidl, director of the Saalfelden Jazz Festival, for the Grencsó Collective to come with me as a guest to participate on the 3 Tage Jazz 2020, which would be held in the middle of January. It was clear to all of us that we should take advantage of this opportunity to arrange some additional shows, and Mario graciously agreed to enable this. In addition to that concert, and with the help of Benedek Kruchió, who has been central to the success of all the plans that have involved István and me, the Collective also played again in Hungary, at the BMC/Opus Jazz Club in Budapest and at the Grand Café in Szeged. A recording session and duo concert (which took place at Meseház, in Békéscsaba) were also scheduled. István and I composed new music for this project and rehearsed together in the gaps between the other performances.

The SuperSize Studio was located on the outskirts of Budapest, in Törökbálint, and both it and the sound engineers were excellent. We recorded all the new duo pieces and a series of trio improvisations that included Róbert Benkő on double bass; those were performed in front of an audience brought in by the label, Hunnia Records. Though it was a pleasure to return to the material that the Collective performed, working on the new compositions was really exhilarating and displayed how far the level of communication between István and me had come. Though our collaborations had been occasional over the two years since first meeting, the creative process we’ve shared has kept accelerating.

The evidence of that progress is documented on this album. Both the compositions and the improvisations, whether duo or trio, exhibit a depth of creative understanding that was impossible on our initial encounter. This communication transcended the music, and it transcended language as well. It’s in all we’ve shared as István and I view the world and encounter music together, laughing in the car as we drove from Saalfelden to Budapest with his band, across the Hungarian countryside, sitting in the bar outside of Meseház, eating lunch in his home with Benedek and Denise (István’s wife). This shared enthusiasm for music, art, and life is projected into plans we’ve made to put a quartet project together that would expand this new duo material. Originally the idea was to meet in the autumn of 2020. As I sit here now in Chicago, considering the landscape for concerts and touring as it may exist several months in the future, I am doubtful. But I do know this - István and I will get together again, we will bring this new ensemble on the road, and the music we make will be better than ever.

Recorded by Andás Makay at SuperSize Recording, Törökbálint, on January 19, 2020. Mixed and mastered by Gábor Halász.

Thanks to Róbert Zoltán Hunka (Hunnia Records), András Makay,
Gábor Halász, and SuperSize Recording; to Ferenc Koscsó (My Reel Club); to Adyton Art Foundation; to Mario Steidl and the Saalfelden Jazz Festival / 3 Tage Jazz 2020; to Federico Peñalva; and to the listeners.

Special thanks to Benedek Kruchió.

Cover artwork based on Kapcsolatok III by Nikolett Kováts (Hungary).