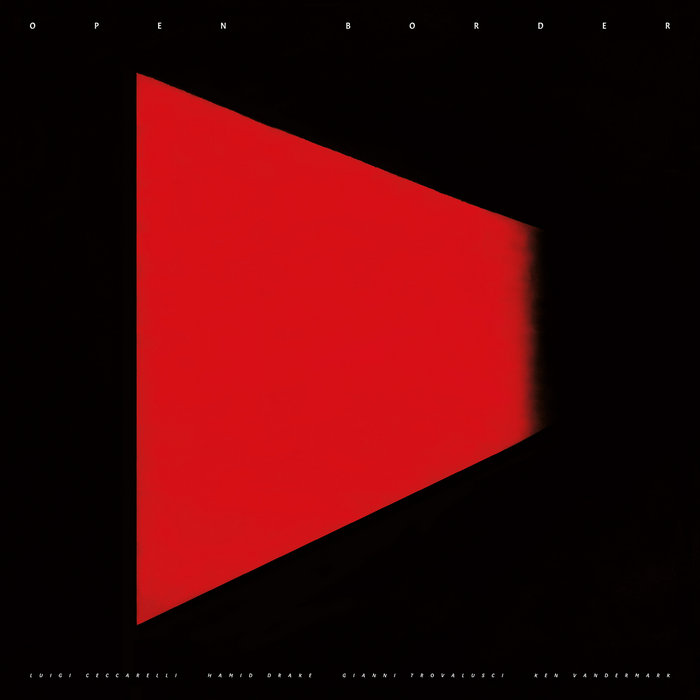 This first-time encounter was recorded during a concert at the magnificent Chiesa di San Giacomo - Complesso Museale San Domenico - Forlì, for the Forlì Open Music Festival on October 14th, 2018. The music performed has the impact of that magnificent space and, like the architecture, is both expansive and extreme. Configurations of the participants shift from passages of solo to quartet, and the improvisations move between pure texture and evolving melodicism.

Luigi Ceccarelli, who has been working with electronics since 1970, and has won numerous electronic music awards, not only creates his own incredible web of sound, but also processes the other musicians' playing in real time. Hamid Drake, one of the most respected percussionists in the world today, goes deep into free territory here, making the recording an even more unique document. The reed combinations between Gianni Trovalusci's flutes and Ken Vandermark's clarinet and tenor sax give the proceedings a unique spacial and dynamic character, one that is informed by Trovalusci's investigation of the contemporary repertoire and early music, along with Vandermark's decades-long history of collaborating with musicians from around the world.

The music on Open Border defies musical conventions and boundary lines. Instead it focuses on a search for creative ground without categories. It is a recording of improvised music invented at the highest level, spontaneous and timeless, energized and austere, always exhilarating.

Thanks to to the musicians; Sam Clapp and Fede Peñalva for their assistance at Audiographic Records; and to the listeners.

Special thanks to Ariele Monti and the Area Sismica crew.